things to do in Amsterdam

you play an escape room from 4 people

a great adventure during this city game in Amsterdam

a great activity from 8 players

Things to do in Amsterdam

There are so many things to do in Amsterdam. We have also compiled our own bucket list. There are more than 100 museums, markets, activities and restaurants that we can recommend to you. One tip is known to the general public, the other is only known to insiders, the real Amsterdammers. Every week we try to add a new tip to our list of things to do in Amsterdam. If you have a tip that we have not yet included, please email us, perhaps we will add it.

4 Activities to do in Amsterdam

An awesome indoor activity that you can do with your friends, family and colleagues is an escape room. It is an exciting game where you and your group are locked in a room. An escape room is often beautifully decorated in a specific theme. All hints are hidden in the room and tasks can be performed. By doing this well and quickly you will progress further into the game and towards the ultimate goal. This end goal is to escape from the room. There are whole groups of people who have the hobby to play as many escape rooms as possible. There are now 220 escape room locations in the Netherlands, 39 of which are in Amsterdam. An escape is certainly one of the best things to do in Amsterdam.

Virtual reality has taken off in recent years. Virtual reality, also known as VR, is a computer technique in which it seems as if you have ended up in a different reality. Through special VR glasses, visible reality is simply replaced by computer-generated image. The glasses contain a screen and close your view of the outside world. Because your eyes each see their own image, which differs slightly from each other, you see depth in the virtual environment. In other words: you look in 3D.

Crash into a bubble soccer ball

One of the most hilarious things in Amsterdam back then is bubble football. Wrapped in a huge plastic ball, where only your legs come out, you play a game of football. Not just playing football, no you can also be pounded in bubble football. That gives the whole game a different dimension. Super cool and a must to do with friends or colleagues.

This is laser gaming, but not in a dark loft, but simply outdoors. Really delicious. The laser guns are quite realistic and all you need to wear extra is a headband. Not a whole lot happy. You play different missions. It feels a bit like playing a computer game like Fortnite. 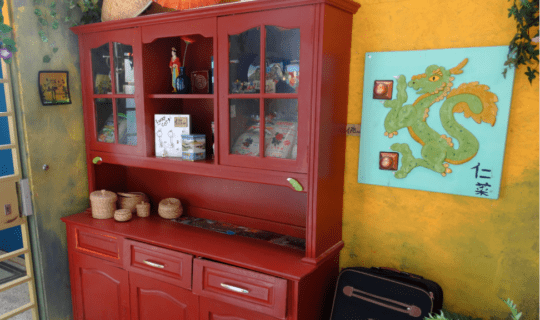 Locked in an Escape Room, you have 1 hour to escape

Explore the Virtual World and experience this new sensation

Wrapped in a huge plastic ball you are battleing each other

Real life gaming, go to battle but especially: have fun!